Date and Time for this Past Event

Legendary DJ and producer Juan Atkins created techno out of jacked audio gear in Detroit in the early 1980's, earning him the moniker "godfather of techno." His work has become closely associated with the Afro-futurism that rose from the ashes of Motown to then influence numerous artists including Kraftwerk, Parliament Funkadelic and pioneers of hip-hop.

On Jan 27, Mercury Soul pairs this visionary artist's industrial soundworld with a string orchestra at San Francisco's Public Works. The stunningly effective pairing of live musicians and Detroit techno is a first for the Bay Area. 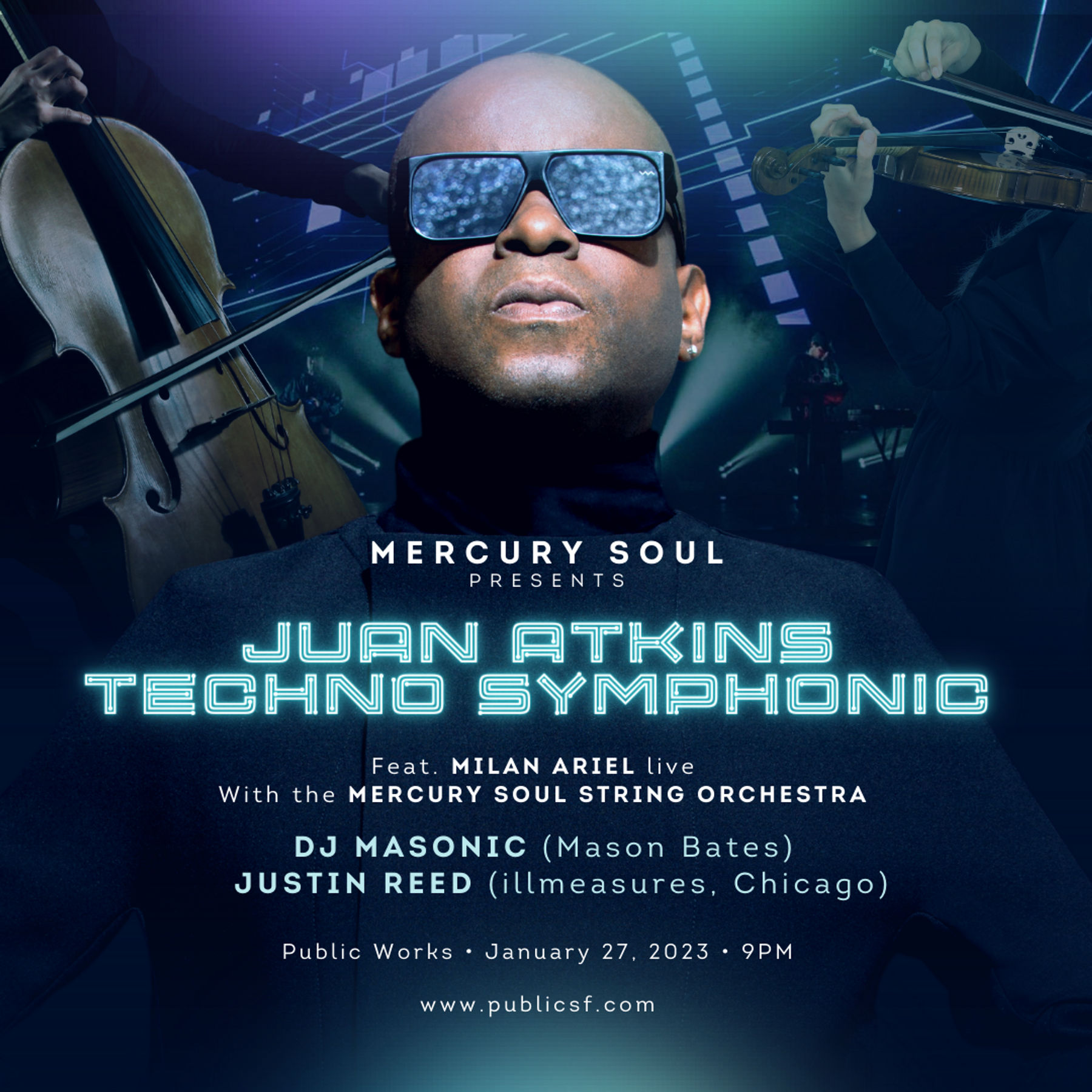